In continuing with the reading challenge theme this month, I have more HarperCollins YA books I’m waiting for! I loved the first books in both of these series, and seriously cannot wait for the next ones. And do you see that cover for Arise? I have to say I love it even more than Hereafter’s cover. 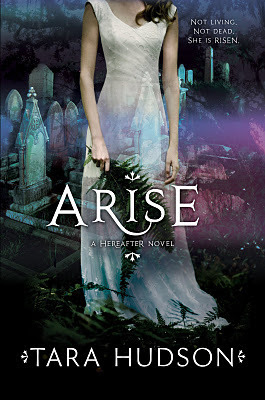 Amelia—still caught between life and death—must fight for every moment of her relationship with the human boy Joshua. They can hardly even kiss without Amelia accidentally dematerializing. Looking for answers, they go to visit some of Joshua’s Seer relatives in New Orleans. But even in a city so famously steeped in the supernatural, Amelia ends up with more questions than answers…and becomes increasingly convinced that she and Joshua can never have a future together.Wandering through the French Quarter, Amelia meets other in-between ghosts, and begins to seriously consider joining them. And then she meets Gabrielle. Somehow, against impossible odds, Gaby has found a way to live a sort of half-life…a half-life for which Amelia would pay any price. Torn between two worlds, Amelia must choose carefully, before the evil spirits of the netherworld choose for her. 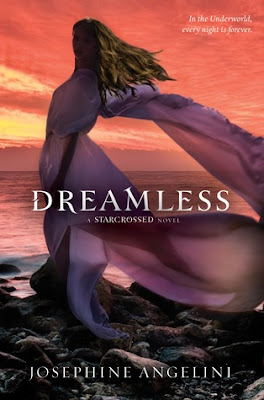 As the only Scion that can enter Hades at will, Helen descends to the Underworld in search of a way to overcome the Furies and end the cycle of revenge that has cursed the Scions. But she’s running out of time. Each descent weakens her both in mind and spirit. A mysterious stranger might be her only salvation, but the price may be her love for Lucas Delos.

As an unforgettable love triangle emerges, Josephine Angelini’s compelling saga becomes ever more intricate and spellbinding. The eagerly awaited sequel to the internationally bestselling Starcrossed, Dreamless delivers with a huge emotional impact that will leave readers satisfied—and longing for more.