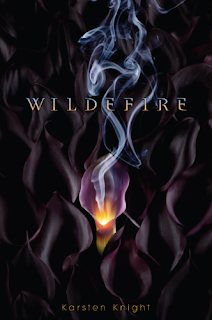 Summary from Goodreads:
Every flame begins with a spark.
Ashline Wilde is having a rough sophomore year. She’s struggling to find her place as the only Polynesian girl in school, her boyfriend just cheated on her, and now her runaway sister, Eve, has decided to barge back into her life. When Eve’s violent behavior escalates and she does the unthinkable, Ash transfers to a remote private school nestled in California’s redwoods, hoping to put the tragedy behind her. But her fresh start at Blackwood Academy doesn’t go as planned. Just as Ash is beginning to enjoy the perks of her new school—being captain of the tennis team, a steamy romance with a hot, local park ranger—Ash discovers that a group of gods and goddesses have mysteriously enrolled at Blackwood…and she’s one of them. To make matters worse, Eve has resurfaced to haunt Ash, and she’s got some strange abilities of her own. With a war between the gods looming over campus, Ash must master the new fire smoldering within before she clashes with her sister one more time… And when warm and cold fronts collide, there’s guaranteed to be a storm.

When I first saw this book, the cover is what intially drew me, because let’s be honest. It’s awesome. Then I discovered the authors blog, and all his vlogs. I watched them and they made me laugh so much. With such an awesome sense of humor, I was definitely curious to see what kind of book he wrote.

The beginning of the book was written in such a way that it had a cinematic feel to it, I could really see it vividly in my mind. That doesn’t happen very often for me, so I always love it when I do. Wildefire was descriptive enough for that without going overboard like some books do. The writing flowed very well, making this a fast 400 pages.

I loved Ashline. She was a kick-butt female who didn’t need the man to save her. I loved how the men, while present, kind of took a backseat during action scenes, and Lily and Raja, along with Ash, were given the spotlight. I love an author that isn’t afraid to do things with their characters, even hard and sad things. It makes the book feel more real. Eve, Ash’s older sister, was someting else. I would have liked more backstory on how she became the way she is, so I’m hoping that might show up in either of the two sequels. But wow, was she crazy. I’m also hoping for more development for all of them in later books, as I felt like we didn’t get to see much behind who they are.

In terms of Colt and romance, there is some present in the book, but it is not the main storyline. While Ash does think about him a lot even when he isn’t around, her mind isn’t consumed by him, which was nice. I would’ve liked to have seen a little more of him, but it works out for the story that he wasn’t present as often as main love interests usually are. Gives him an air of mystery.

I had read somewhere last week that Karsten leaves Wildefire on a cliffhanger. I got to the last chapter before the epilogue, and with the way it ended I was wondering what the cliffhanger could possibly be. After the epilogue, my mind was blown. It never occured to me that that would be a possibility. I’m definitely looking forward to seeing how that plays out in book two.

This book had all the hype, it was definitely one I was excited for. And I was not let down. This is an awesome debut and I can’t wait to read more. If you like YA books that revolve around mythology in the plot, this is definitely for you.