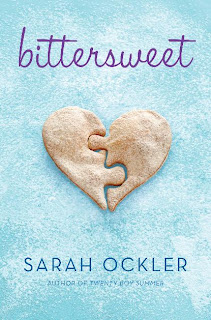 Once upon a time, Hudson knew exactly what her future looked like. Then a betrayal changed her life, and knocked her dreams to the ground. Now she’s a girl who doesn’t believe in second chances… a girl who stays under the radar by baking cupcakes at her mom’s diner and obsessing over what might have been.
So when things start looking up and she has another shot at her dreams, Hudson is equal parts hopeful and terrified. Of course, this is also the moment a cute, sweet guy walks into her life… and starts serving up some seriously mixed signals. She’s got a lot on her plate, and for a girl who’s been burned before, risking it all is easier said than done.
It’s time for Hudson to ask herself what she really wants, and how much she’s willing to sacrifice to get it. Because in a place where opportunities are fleeting, she knows this chance may very well be her last…

This is another book I’ve read while on a contemporary kick and I adored it. I have to say I think I like the contemporaries with sports themes, even though I’m not actually a fan of most sports. I like playing in a few, but I never watch any. Anyways, I’ve have always had a little bit of interest in figure skating, judging by the different movies I’ve watched over the years. That sport is actually fun to watch because of how graceful the skaters are, and the routines they do paired with music, etc.

One thing I absolutely loved about this book were the cupcake descriptions that went along with every chapter title. Like this one for chapter fourteen: Cupcakes with Benefits – Vanilla cupcakes topped with whipped peanut butter cream cheese icing, milk chocolate chips, crushed pretzels, and a drizzle of warm caramel. Some of my favorite parts of this book were when she was just in the kitchen at Hurley’s baking away the day.

Some of the interactions between all the different characters were frustrating, but then again the drama is what moves the story along, so I didn’t let it bother me too much. There’s definitely romance in this book, and for a while Hudson was going in one direction and I was absolutely cheering for that direction but after she heard something at a party she decided to go in another direction, without even getting confirmation about what she heard. Then I have to admit I was banging my head some. I would’ve liked to have seen a little more of the father, but his lack of presence also helped shape things.

I can understand Hudson’s obsession with wanting to get out of Watonka. I live in a smallish town, but not super small since we do have a university. I believe there are around 27,700+ people here. But it’s small enough that there really isn’t a whole lot for the younger crowd to do even with the university here. It’s one of those places that you kind of chafe in while growing up and you move away for a while. But then when you have kids of your own you come back to this place. I too have felt the desire to leave and never look back, but it’s not always the place that makes it home, it’s the people you know too. And I think at one point Hudson does come to realize that.

Bittersweet was my introduction to Sarah Ockler, and I have to say I’m definitely interested in reading her other books after this one. I would recommend this book to anyone who loves YA contemporary romances, especially ones with sports themes in them.

One Response to “Review: Bittersweet by Sarah Ockler”