Waiting on Wednesday is a weekly meme hosted by Breaking the Spine, showcasing an upcoming release that you’re looking forward to. Here’s mine for this week! 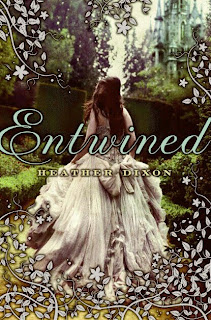 Azalea is trapped. Just when she should feel that everything is before her . . . beautiful gowns, dashing suitors, balls filled with dancing . . . it’s taken away. All of it. The Keeper understands. He’s trapped, too, held for centuries within the walls of the palace. And so he extends an invitation. Every night, Azalea and her eleven sisters may step through the enchanted passage in their room to dance in his silver forest. But there is a cost. The Keeper likes to keep things. Azalea may not realize how tangled she is in his web until it is too late.