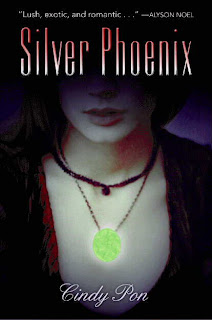 Summary from Goodreads:
No one wanted Ai Ling. And deep down she is relieved—despite the dishonor she has brought upon her family—to be unbetrothed and free, not some stranger’s subservient bride banished to the inner quarters.

But now, something is after her. Something terrifying—a force she cannot comprehend. And as pieces of the puzzle start to fit together, Ai Ling begins to understand that her journey to the Palace of Fragrant Dreams isn’t only a quest to find her beloved father but a venture with stakes larger than she could have imagined.

Bravery, intelligence, the will to fight and fight hard . . . she will need all of these things. Just as she will need the new and mysterious power growing within her. She will also need help.

It is Chen Yong who finds her partly submerged and barely breathing at the edge of a deep lake. There is something of unspeakable evil trying to drag her under. On a quest of his own, Chen Yong offers that help . . . and perhaps more.

Initially I was excited by the idea of this book, set in a magical, ancient Asian country. The title alone was enough to grab my attention first thing at the book store. But the story’s execution completely failed for me. I really wanted to like this book, I’d seen so many other people who loved it. And I’d read something similar in the adult fantasy genre.

The characters did not feel developed to me. Many of the occurrances throughout the novel seemed to happen all of a sudden with no forewarning, no build-up. The romance was vaguely hinted at and then thrown at you all at once near the end. And the backstory. There was hardly any, leaving me to wonder who is this Silver Phoenix, what kind of person was she, and why did this guy obsess over her? I will say though that the descriptions of the places were lovely and vivid. I felt like I was there. That was what I loved about this book. Everything else kind of paled in comparison.

Overall this felt like it was trying to be more than it was, and it wasn’t succeeding. I will read the next one because I’m intrigued about this girl’s past life as Silver Phoenix, and would like to know more. If you need a fantasy book, I would say give this a try, as I know there are many who absolutely loved it. Unfortunately it wasn’t quite my cup of tea.