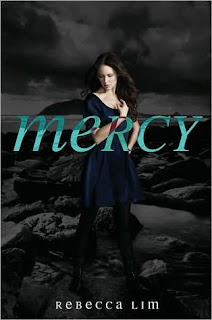 Summary from Goodreads:
A fallen angel haunted by her past. Yearning for her immortal beloved. Forever searching for answers.Who will show her Mercy?

Mercy has lost herself. She can’t count how many times she’s “woken up” in a new body, and assumed a new life, only to move on again and again. During the day she survives in the human world on instinct and at night her dreams are haunted by him. Mercy’s heart would know him anywhere. But her memory refuses to cooperate.

But this time is different. When Mercy wakes up she meets Ryan, an eighteen year old reeling from the loss of his twin sister who was kidnapped two years ago. Everyone else has given up hope, but Ryan believes his sister is still alive. Using a power she doesn’t fully comprehend, Mercy realizes that Ryan is right. His sister is alive and together they can find her. For the first time since she can remember, Mercy has a purpose; she can help. So she doesn’t understand why the man in her dreams cautions her not to interfere. But as Ryan and Mercy come closer to solving the dark mystery of his sister’s disappearance, danger looms just one step behind.

Will Mercy be able to harness her true self and extraordinary power in time?

The first in a dazzling new series, Mercy masterfully weaves romance, mystery and the supernatural into a spell-binding tale

The beginning of this was extremely confusing for me, probably because I finally got around to it months after having read the initial summary and therefore forgot said summary. So for the first hundred pages I wasn’t too thrilled with Mercy. But I’m glad I stuck with it because wow. Seriously wow.
Carmen/Mercy was kind of hard to relate to. I couldn’t really connect with her as the main character, but in a way that kind of makes sense, given what she is. Ryan seemed to experience a sudden change somewhere throughout the novel, less hostile all of a sudden, very abrubt. While I’m glad overall for the change, I wish it could’ve been eased into better. Definitely didn’t like Tiffany, but she played a valuable role throughout the novel, so she was worth being in the book.
There are twists and turns like you would not believe in this novel, kept me guessing right up until the very end. At one point I suspected four different characters for the kidnapping, they all had opportunity. I have to say though that at the end once everything is revealed I wasn’t all that surprised at who it was, because that person definitely did make sense for the role.
The writing was very vivid, especially around the areas dealing with  the music. Rebecca wrote it in such a way that I could almost see the actual music being played by these fictional students, floating through the air around them. Very well done. I’m definitely looking forward to reading both sequels to this book. This was an awesome debut, and I’m kicking myself for not having read it soon.