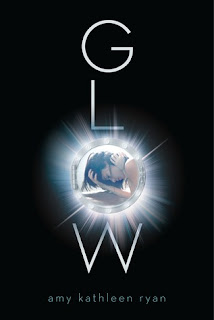 Summary from Goodreads:
If a violent battle destroyed the only world you’ve ever known, would you be brave enough to save who was left? Would love be strong enough to survive the fight? Either way, there’s no turning back.

The Empyrean is the only home 15-year-old Waverly has ever known. Part of the first generation to be successfully conceived in deep space, she and her boyfriend Kieran will be pioneers of New Earth. Waverly knows she must marry young in order to have children who can carry on the mission, and Kieran, the handsome captain-to-be, has everything Waverly could want in a husband. Everyone is sure he’s the best choice. Still, there’s a part of Waverly that wants more from life than marriage, and she is secretly intrigued by the shy, darkly brilliant Seth.

Suddenly, Waverly’s dreams are interrupted by the inconceivable – a violent betrayal by the Empyrean’s sister ship, the New Horizon. The New Horizon’s leaders are desperate to populate the new planet first, and will do anything to get what they need: young girls. In one pivotal moment, Waverly and Kieran are separated, and find themselves at the helm of dangerous missions, where every move has potentially devastating consequences, and decisions of the heart may lead to disaster.

Pulse-pounding and addictive, GLOW begins the most riveting series since The Hunger Games.

I’ll admit, I was excited when I first discovered this book, but then thought it might be a rip off of Across the Universe in some way. I assure though that this is not the case. I would argue that I liked this even more than AtU. More action, more dealing with moral issues. And there ends the comparison. Just read the book, without even keeping AtU in mind, because this is it’s own book and is equally awesome if not more so.
Glow was an emotional rollercoaster ride. In the very first chapter we’re introduced to Kieran and Waverly, the two young lovers. We’re given a nice, sedate image of life on this space ship, and then BAM! Everything they’ve known is ruined in that violent battle, people separated. The tension was high for the next few chapters, wondering what’s going to happen next, and there was no way I could predict it.
Eventually we’re introduced to a character named Anne Mather. Wow. She introduced some interesting plot twists that make it so you don’t quite know what to believe. It was very interesting seeing how Kieran and Waverly adjusted each in their own situation. Kieran and a boy named Seth vying for power on their end, and Waverly being strong for herself as well as the others she’s with. I loved Waverly. You don’t often see strength like that in characters. So many things happened to her, but she never gave in. Another character I couldn’t help but like despite who she was is Amanda. In the end she helped Waverly when it was needed most.
The only thing I did not like about this book was that at times I felt like it was preaching to me about the glory of God. I don’t like being preached to. The religiousness was needed for the plot, but I wish it had been done in some other way.
Seriously though, this was a very good book. It had me reading on my day off from work, and let me tell you that’s a feat. I usually have so many other things distracting me from reading on those days, like the internet or my cats. I couldn’t put this book down. I’m definitely going to be buying my own copy so I can reread it again again, while I wait for the sequel that will inevitably come.