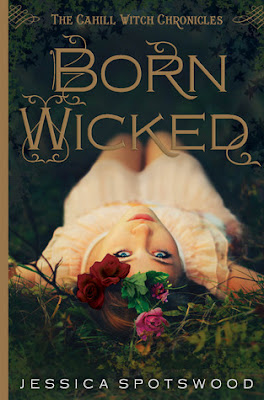 Everybody knows Cate Cahill and her sisters are eccentric. Too pretty, too reclusive, and far too educated for their own good. But the truth is even worse: they’re witches. And if their secret is discovered by the priests of the Brotherhood, it would mean an asylum, a prison ship—or an early grave.

Before her mother died, Cate promised to protect her sisters. But with only six months left to choose between marriage and the Sisterhood, she might not be able to keep her word . . . especially after she finds her mother’s diary, uncovering a secret that could spell her family’s destruction. Desperate to find alternatives to their fate, Cate starts scouring banned books and questioning rebellious new friends, all while juggling tea parties, shocking marriage proposals, and a forbidden romance with the completely unsuitable Finn Belastra.

If what her mother wrote is true, the Cahill girls aren’t safe. Not from the Brotherhood, the Sisterhood—not even from each other.

We need more books about witches, and this definitely fits the bill! I also love that it’s set in the late 1800s. As I’ve mentioned at least once before, I’m loving period pieces, in book form as well as TV and film. Jessica Spotswood did an awesome job of writing an atmosphere that fits the time and the book very well. I felt like I was there.

I enjoyed Cate and Finn and the romance between them. That’s another thing about period romances, it’s all kisses and light touches that are forbidden. Cate’s family was interesting, as was the town and some unexpected friends Cate made.

Definitely a great addition to the paranormal genre, I’m looking forward to reading the rest in this series, as all as anything else Jessica Spotswood writes.