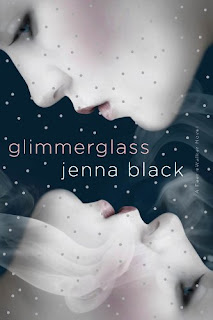 Glimmerglass by Jenna Black
Publisher: St Martin’s Griffin
Released: May 25th, 2010
Source: Bought at Hastings
Rating: 3 out of 5 stars.
Synopsis from the back cover:
Dana  Hathaway doesn’t know it yet, but she’s in big trouble. When her alcoholic mom shows up at her voice recital drunk, again, Dana decides she’s had enough and runs away to find her mysterious father in Avalon: the only place on Earth where the regular, everyday world and the captivating, magical world of Faerie intersect. But from the moment Dana sets foot in Avalon, everything goes wrong, for it turns out she isn’t just an ordinary teenage girl – she’s a Faeriewalker, a rare individual who can travel between both worlds, and the only person who can bring magic into the human world and technology into Faerie.

Soon, Dana finds herself tangled up in a cutthroat game of Fae politics. Someone’s trying to kill her, and everyone seems to want something from her, from her newfound friends and family to Ethan, the hot Fae guy Dana figures she’ll never have a chance with … until she does. Caught between two worlds, Dana isn’t sure where she’ll ever fit in or who can be trusted, not to mention if her world will ever be normal again.

My review:
The cover is what initially drew me to this book. When I read the description, I thought that this could be interesting. So it sat on my plan to read virtual shelf for a while, until I went to the bookstore looking for something they ended up not having at the time, and came home with this instead.
Glimmerglass gets right into it with the first few pages. No slow start for this book, which was nice. I was actually disappointed that I started it on a day I worked, since I was only able to read it during breaks that first day. Overall I enjoyed it very much, and only had two slight problems with the book. How the prospective love interests work, and what was happening with her singing in the beginning. I’m assuming however that those issues, or at least the latter one, will be resolved in the sequel Shadowspell, coming out next month!
Well that’s it for my first review of anything ever! I’ve already started my next book, The Lying Game by Sara Shepard, author of the Pretty Little Liars series. Hopefully I’ll have the review up in a couple of days!

Review: Delirium by Lauren Oliver
Review: The Ghost and the Goth by Stacey Kade
Review: Incarnate by Jodi Meadows
Review: Flirting in Italian by Lauren Henderson

One Response to “Glimmerglass by Jenna Black”