I’m really big right now on period pieces, especially ones in the early 1900s. So discovering Wentworth Hall today just made my day and I immediately added it to Goodreads. I read Dark Mirror for review last year, and recently bought Dark Passage, and now we have Dark Destiny, which is another period book! I have to say though, I’m not loving the cover. I think Dark Passage has the best of the series. So excited for these. I absolutely adore the cover for Unbreak My Heart, and I definitely want to read this ASAP!

What do you guys think of the covers? Looking forward to any of these books? 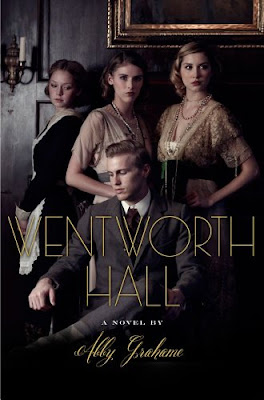 A lush, historical novel about the secretive Darlingtons of Wentworth Hall!The prettiest people often have the ugliest secrets…

Eighteen-year-old Maggie Darlington has turned into an entirely different person. The once spirited teen is now passive and reserved. A change Lord and Lady Darlington can’t help but be grateful for.

It’s 1912, and the Darlingtons of Wentworth Hall have more than just the extensive grounds to maintain. As one of Britain’s most elite families, they need to keep up appearances that things are as they have always been…even as their carefully constructed faÇade rapidly comes undone.

Maggie has a secret. And she’s not the only one…the handsome groom Michael, the beautiful new French nanny Therese, the Darlingtons’ teenage houseguests Teddy and Jessica, and even Maggie’s younger sister Lila are all hiding something. Passion, betrayal, heartache, and whispered declarations of love take place under the Darlingtons’ massive roof. And one of these secrets has the power to ruin the Darlingtons forever.

When scandalous satires start appearing in the newspaper with details that closely mirror the lives of the Darlingtons, everyone is looking over their shoulder, worrying their scandal will be next. Because at Wentworth Hall, nothing stays secret for long. 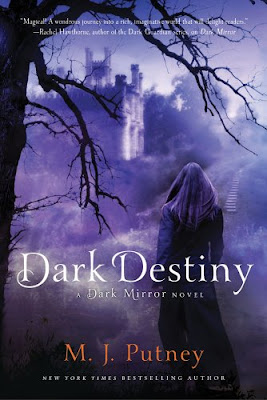 Tory and her friends are celebrating the success of a second mission to aid WWII Britain when an urgent summons calls them back to their own time: Napoleon is on the brink of invading England. Can a handful of young mages stop an army? In desperation, Merlin’s Irregulars ask Rebecca Weiss, an untrained telepath from 1940, to come back to 1804 and change Napoleon’s mind before it’s too late. As Tory and Allarde make a commitment that will cost him his inheritance, Rebecca promises to do what she can to stop Napoleon even though she is unsure of her magical abilities. But Tory and her friends saved the Weiss family from Nazi imprisonment, and Rebecca will risk anything, even her life and her budding relationship with Nick Rainford, to repay them. A daring mission takes Tory and Rebecca and their friends into the heart of the Army of Boulogne, where Napoleon is plotting invasion. But while their success may save England, they must still face the bittersweet consequences of their decisions when they return home. 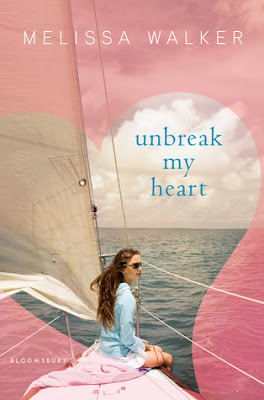 Sophomore year broke Clementine Williams’ heart. She fell for her best friend’s boyfriend and long story short: he’s excused, but Clem is vilified and she heads into summer with zero social life.

Enter her parents’ plan to spend the summer on their sailboat. Normally the idea of being stuck on a tiny boat with her parents and little sister would make Clem break out in hives, but floating away sounds pretty good right now.

Then she meets James at one of their first stops along the river. He and his dad are sailing for the summer and he’s just the distraction Clem needs. Can he break down Clem’s walls and heal her broken heart?

Told in alternating chapters that chronicle the year that broke Clem’s heart and the summer that healed it, Unbreak My Heart is a wonderful dual love story that fans of Sarah Dessen, Deb Caletti, and Susane Colasanti will flock to.