Both of these are sequels to books I haven’t read yet, but I definitely hope to read them before these two are released! I have to say I’m loving the UK cover for Until I Die, even more so than the cover for Die for Me. Same with Timepiece, like this cover more than the one for Hourglass. What do you guys think? 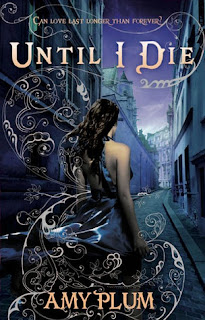 Summary from Goodreads:
Kate has chosen to leave the comfort and safety of her human world in order to join Vincent in the dangerous supernatural universe he inhabits. For his part, he has sworn to go against his very nature and resist the repeated deaths that are his fate as a revenant—even though it will bring him immeasurable suffering.

Heady with romance and rife with danger, the second book of the DIE FOR ME trilogy follows Vincent and Kate as they search—separately—for a solution to their plight, pursuing their quest from the glamorous streets of Paris to the city’s squalid underbelly. Although the experiment that Vincent attempts is progressively destroying him, he insists on seeing it through to the end. This prompts Kate to strike out on her own into the dangerous world of the revenants to find another way. But she unwittingly puts everyone she loves at risk when she discovers a family of ancient healers who hold the key to a secret that could help the bardia—the good revenants—overthrow their murderous enemies, the numa, forever.

And while the lovers search for something they have little chance of finding, a new threat arises among the numa. Kate finds herself in the midst of an ancient and deadly war, not as a bystander…but as a target. 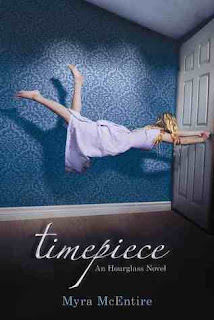 Summary from Goodreads:
When vital research about the time gene is stolen, Kaleb must put flirting with anything in a skirt on hold and join Emerson and the Hourglass team to find the criminal (who could be anywhere, in any time). And even if they succeed, it may be too late….

2 Responses to “Cover Reveals: Until I Die by Amy Plum UK version, Timepiece by Myra McEntire”