I’ve been a fan of Stacey Kade’s Ghost and the Goth books for a couple years now, so I’m definitely excited to see what she’s written next now and that series is finished! It’s pretty much guaranteed that I will read this. Will anyone else? 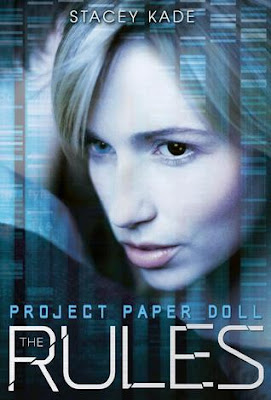 The Rules by Stacey Kade
Publisher: Disney-Hyperion
Release date: April 2013
1. Never trust anyone.
2. Remember they are always searching.
3. Don’t get involved.
4. Keep your head down.
5. Don’t fall in love.
Five simple rules. Ariane Tucker has followed them since the night she escaped from the genetics lab where she was created, the result of combining human and extraterrestrial DNA. Ariane’s survival—and that of her adoptive father—depends on her ability to blend in among the full-blooded humans, to hide in plain sight from those who seek to recover their lost (and expensive) “project.”
But when a cruel prank at school goes awry, it puts her in the path of Zane Bradshaw, the police chief’s son and someone who sees too much. Someone who really sees her. After years of trying to be invisible, Ariane finds the attention frightening—and utterly intoxicating. Suddenly, nothing is simple anymore, especially not the rules…